Chicha: Chicha can be found in most Central and South America countries.  But when talking about chicha, it’s important to distinguish between the alcoholic grain based chicha (beer), and other types of alcoholic chicha which can be made from different kinds of fruit and/or roots. There are also non-alcoholic varieties of chicha depending on the country or region.  Now, it’s unclear exactly where the word “chicha” came from, but it’s suggested that it originally meant something like “fermented beverage” or “maize”, and perhaps this loose definition is the reason why chicha doesn’t refer only to a grain based beverage.

Naturally, the chicha that we’re interested in is the beer variety called chicha de jora, which is a corn (maize) based chicha.   But if you know a little Spanish, you know that “jora” doesn’t exactly mean “corn”; “corn” translates to “maíz”.  One translation of “jora” is “maize specially prepared for making high-grade chicha”, or more accurately, corn that has been germinated and dried (i.e. malted); therefore “jora” is probably best translated as “malted corn”.  It’s also implied that the corn is grown in the Andes Mountains.

You can even buy jora corn (maíz jora) that is coarsely ground and specifically made for brewing chicha at home, similar to how you’d buy milled malted barley or wheat in a homebrew shop.

Most chicha de jora is brewed very similarly to how standard beer is made: the malted yellow corn is mashed, the wort is then collected, boiled, chilled and then fermented, resulting in a beer with an ABV between 1-3%.  But in some versions (which I’ll call ‘chicha de saliva’), the malted corn is excluded from the recipe in favor of actually chewing up ground corn and forming little mushy corn cakes in the mouth.  After that, the chewed up spit-cakes are laid out on flat pans where enzymes in the saliva convert the starches in the corn to sugars over the course of about 12 hours.  From that point, the spit-cakes are mashed, the wort is collected, boiled, cooled, and then fermented.

Officially, this tradition saliva-laden version of chicha is called Chicha de Muko (“muko” is the Quechua word for “chewed flour”.)

Being the off-centered bunch they are, of course Dogfish Head had to brew a version of chicha de saliva, although they added barley malt, peppercorns, and some fruit to their recipe.

Tesgüino (tesguino): Traditional beer of the mountainous Tarahumara (Rarámuri) Native Americans of the northwestern Mexican state of Chihuahua, tesgüino is an astringent corn (maize) based beer which is communally brewed and heavily consumed especially during the week of Easter.  Corn kernels are first malted by allowing them to germinate in cold water for about five days, dried, coarsely crushed, and then mashed with indigenous leaves, bark, and/or grasses for saccharification (i.e. the conversion of the starch in the corn into sugars necessary for fermentation).  The wort is then boiled for several hours, cooled, and fermented.  Tesguino is strongly associated with spiritualism, and is considered a divine beverage with healing properties.

Tiswin: To disambiguate from tesgüino a bit, some Spanish speakers from Sonora Mexico (just west of Chihuahua) may be familiar with a similar sounding and tasting corn based beer called tiswin (also sometimes spelled teswino, teswin, or tizwin).   Tiswin is commonly sold by street vendors in Sonora Mexico, however tiswin is made slightly differently than the Tarahumara tesgüino, and has very little if any spiritual association.  Tiswin is made with piloncillo (unrefined brown sugar), and dry toasted corn kernels instead of malted corn found in tesgüino, similar to how chicha de saliva uses coarsely ground corn whereas chicha de jora calls for malted corn. 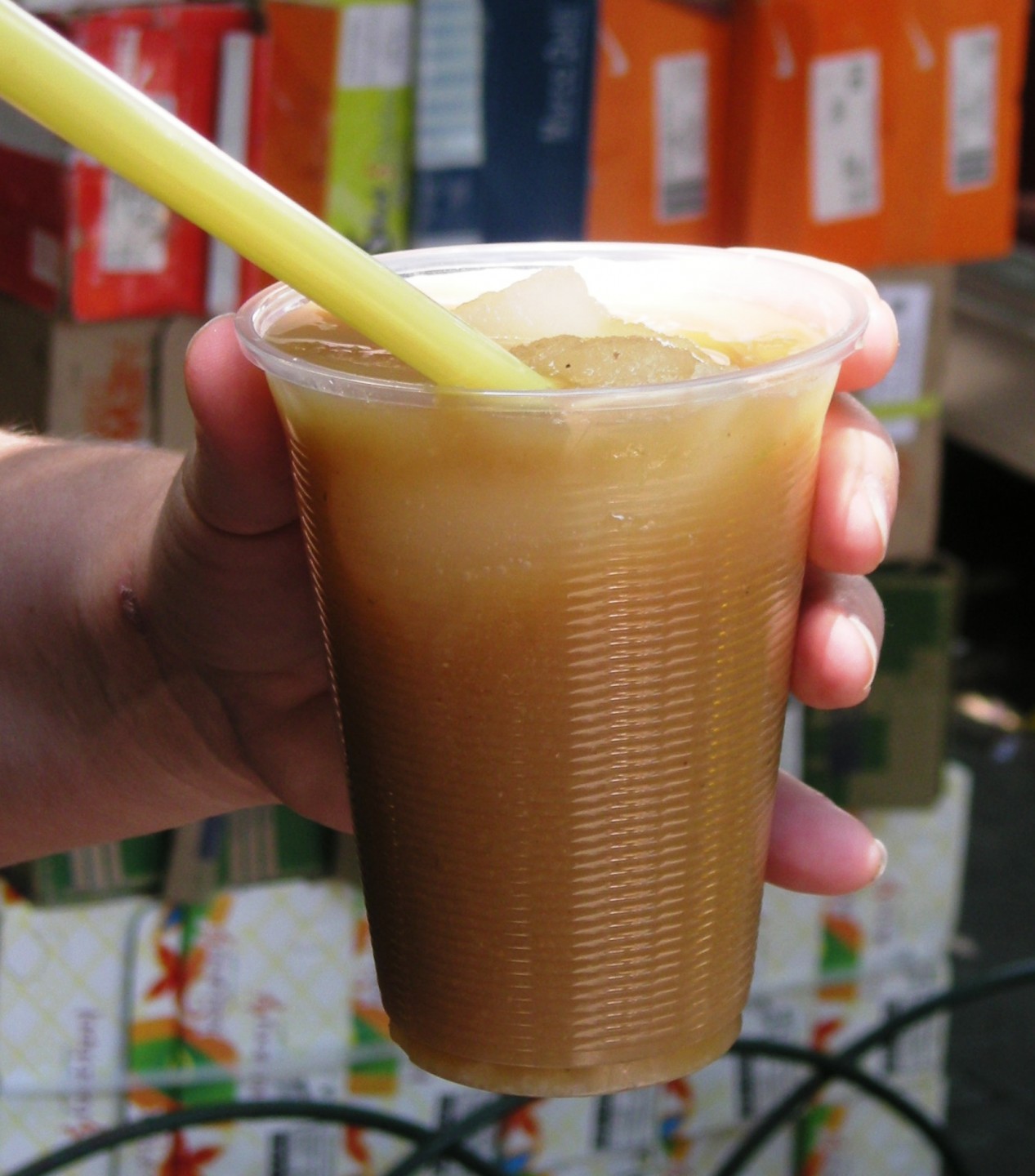 Tejuino: There is yet another similar sounding corn based alcoholic beverage from the small Mexican state of Colima called tejuino which is made with corn dough like the kind used for tamales and tortillas.  Tejuino is closer in taste to tiswin as both typically include piloncillo or brown sugar, however tejuino is also served with lime juice, a bit of salt and topped with shaved ice.

One last FYI about tiswin: the Tohono O’odham people of the Sonoran Desert also produce a fermented beverage called tiswin, but this tiswin is more of a wine (not beer) made from saguaro cactus fruit, and does not contain corn.

Pissionia: This lesser known wheat beer was brewed by the Yuma Indians, or Quechan, of the southwestern U.S. who lived around the Colorado River Valley in parts of Arizona and Colorado near Mexico.  According to beer writer Randy Mosher, “It was made by roasting wheat to a light brown color over a charcoal fire, then crushing the kernels and fermenting the mash.”