What is the most and least popular beer style in the world in terms of number of commercial examples?  Which type of beer is more popular: lager or ale?  Which country has contributed most to the number of beer styles in the world?

To attempt an answer at these questions and more, we analyzed data from the popular beer rating website BeerAdvocate and provided the results below.

A Word About BeerAdvocate

As mentioned, BeerAdvocate is an online beer rating site among other things.  As of this writing, the website has a database of 210,023 different commercial beers and counting, all of which are categorized under one of the existing 104 different beer styles as listed and defined by the site.  BeerAdvocate clearly indicates on its website that its list and definitions of beer styles “is not the bible for beer styles, but should be viewed as a work-in-progress and a fun reference that’s open to change and interpretation.”

That said, BeerAdvocate arranges all of the beer styles it’s identified under three main categories: ale, lager and hybrid, as shown in yellow, pink and blue respectively in the chart below. 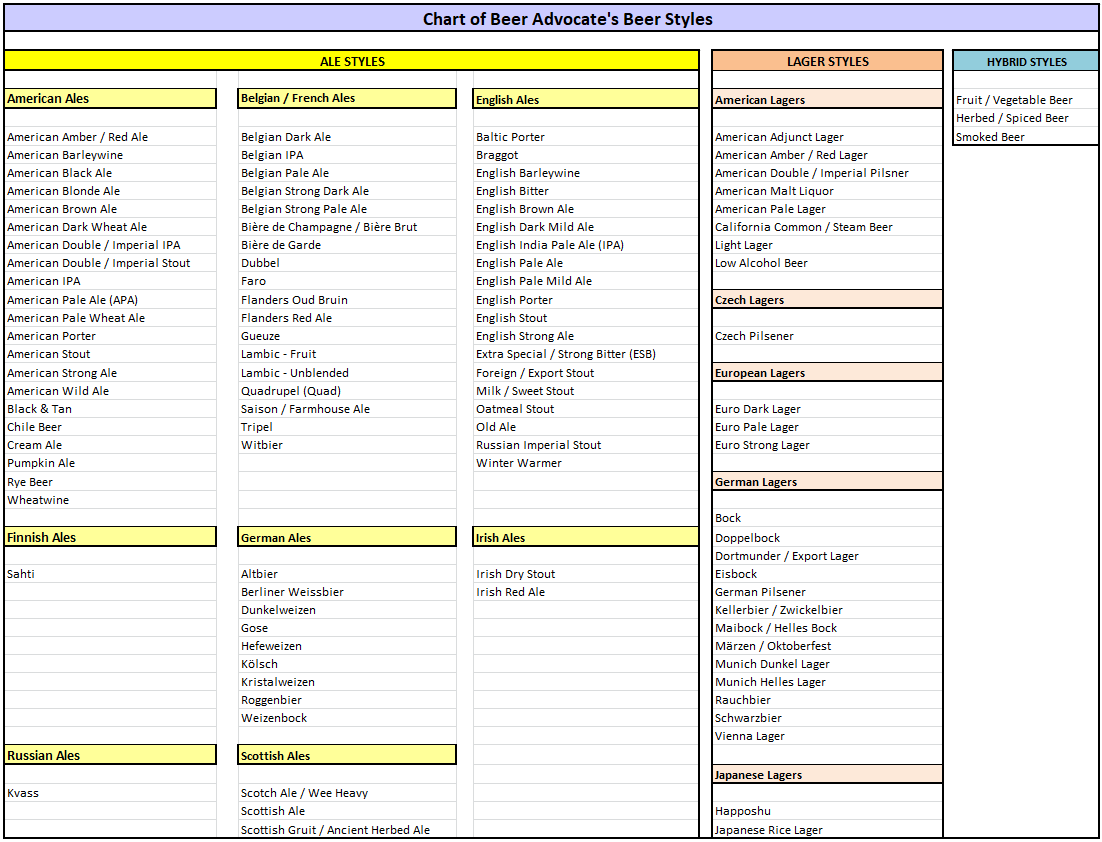 As shown in the chart above, the main “ale styles” and “lager styles” categories are further sub-categorized primarily by the country in which a particular beer style originated.

For example, under the “ale styles” category, we find the sub-category of “Irish Ales” under which the following beer styles are listed:

When a given commercial beer is reviewed on BeerAdvocate, that beer will always be associated with a given beer style.  For example, if one were to review “Guinness Draught,” it would be associated with the “Irish Dry Stout” style of beer.

The Current Beerscape by the Numbers

To get a big-picture view of things, we next take a look at how popular lagers are compared to ales both by number of total beer styles in each category and by the number of total commercial examples listed under those categories.  (The following two charts exclude hybrid beer styles as defined by BeerAdvocate.) 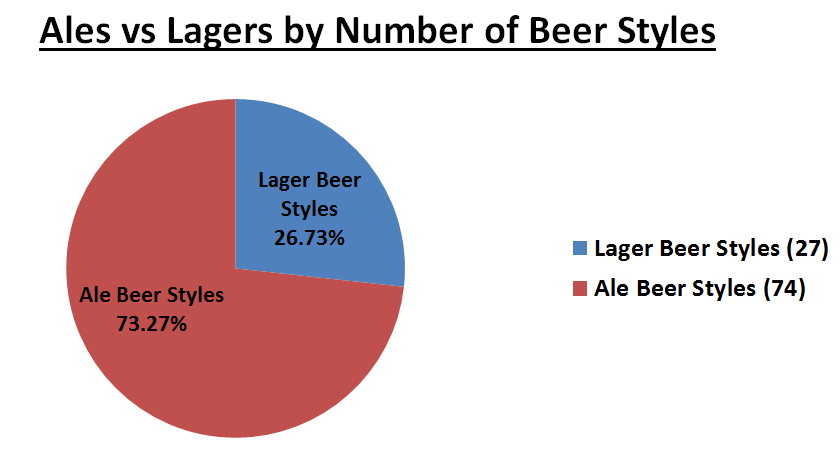 The chart above shows that there are in total 27 different kinds of lager style beers (26.73%), and 74 different kinds of ale style beers (73.27%).  And while lager styles make up only about a quarter of all beer styles compared to ale styles, it should be noted that one particular style of lager, namely American Adjunct Lager, dominates all other beer styles in terms of global production by volume.

Part of the dominance of ale type beers over lagers may have to do with the fact that commercial lagers typically take longer to produce, and are therefore more cost-intensive as compared to most ales. 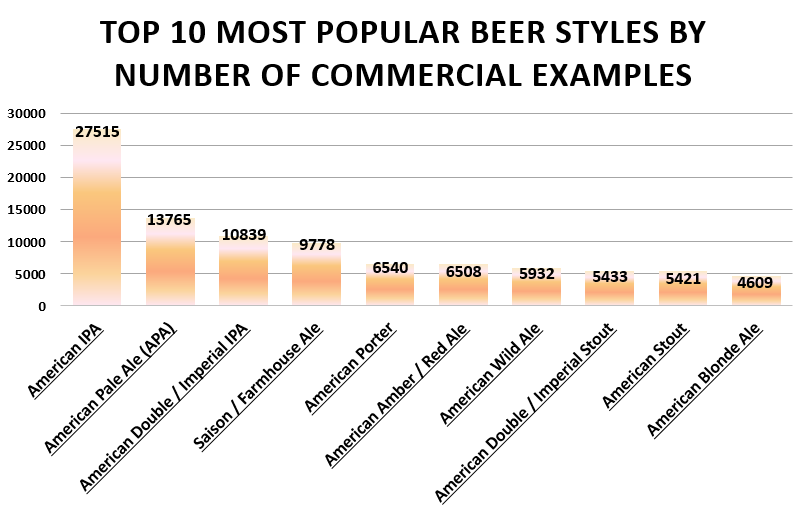 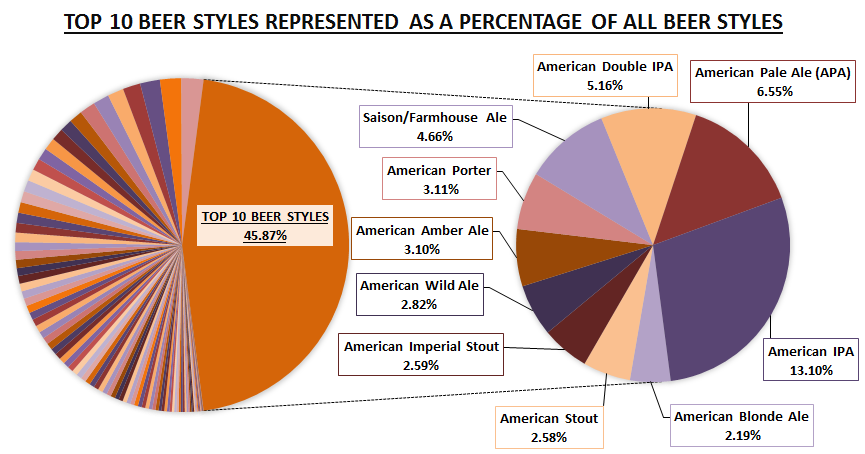 Interestingly, the chart above shows that the 10 most popular beer styles comprise nearly half (45.87%) of all beer styles, including hybrids.  To put it another way, of all the 210,023 commercial examples of beer listed on BeerAdvocate, 96,340 belong to only ten different beer styles, suggesting that although there is a great diversity of beers styles (104 listed styles), there are much fewer commercial examples of this diversity actually produced.

Also of note, the data above reflects that 9 out of 10 of the top 10 beer styles are American beer styles.

To attempt to explain this seemingly lopsided beerscape leaning in favor of American beer styles, let’s consider a few more data points including beer style data and analysis per country to see if American styles are simply crushing it, or if this is all just a numbers game.